The famous monasteries of Meteora are built at the tops of the rocks, and they constitute the largest monastic state of Greece, after Mount Athos. Since 1988 Meteora is included in the list of Unesco as a World Heritage Site. The first hermits arrived at the rocks of Meteora around 1100a.C. and until 1500a.C. there were founded 24 monasteries. Today, only six of themstill host monks and the rest 15 are uninhabitated and deserted.

The monasteries of Meteora are located 20 kilometers from the city of Trikala. You can access Meteora following the National Road Trikala-Ioannina. Distance from Athens 364km and 255km from Thessaloniki.

Accommodation option includes hotels, guesthouses and campings near Meteora, at village Kastraki and Kalampaka with a wonderful view to the rocks of Meteora.

The Saint Athanasios Meteorites is the founder of the mid-14th century. It is the largest of the Meteora monasteries existing today by climbing 146 steps. By 1923 the ascent of the elders and the food was with ladders and nets that survived until today.

The sacristy, the old cook, the cellar, the old Bank of length 32 meters dating from 1577 AD, the library of the monastery one of the largest monastic libraries surviving manuscripts , documents ( Byzantine and post-Byzantine ) , liturgical books,  hymnographical texts and rare documents, 450 volumes about the number of 15th-19th century and texts of Homer, Sophocles, Aristotle and other ancient writers. 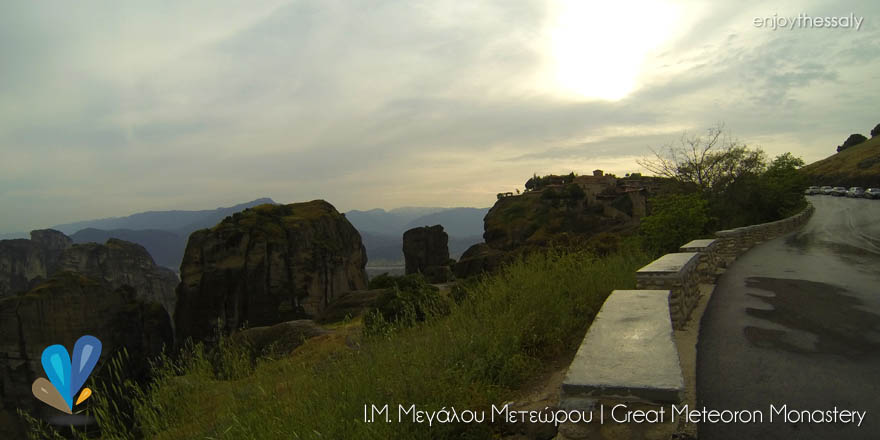 The monastery was organized after 70 years in 1362 and it is the most difficult to access monastery. The monastery has two churches. In the nave with frescoes of 1741 and the small church of John the Baptist. A remarkable collection of manuscripts and murals dating from 1692. Still worth seeing the bank, the various cells and tanks and a small collection of folk art. The sacristy of the monastery has been looted and the library of the monastery was burned during the years of occupation by the Germans and Italians thus lost many relics and images .

The monastery was founded around 1545 but was damaged by the Germans during World War II. Since 1988 it has been occupied by nuns. It features remarkable frescoes. 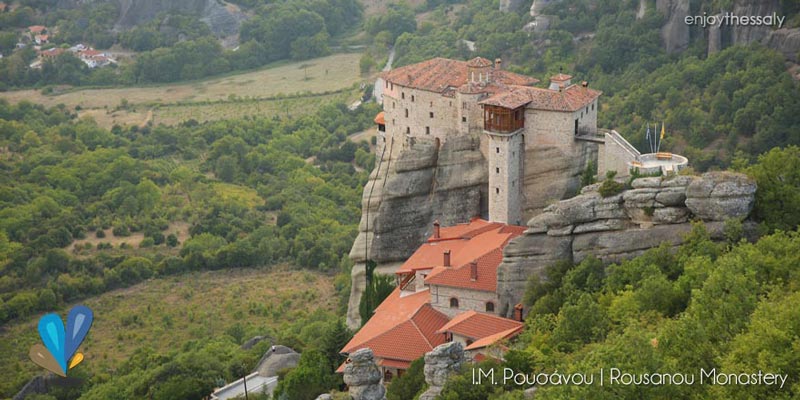 The monastery founded by the exercitant Varlaam in the mid 14th century and it’s the second biggest monastery. Access and entrance to the monastery was on the scaffolding and nets located even today for transporting food. Later 195 stairs have been built in 1923 which lead to the Monastery. 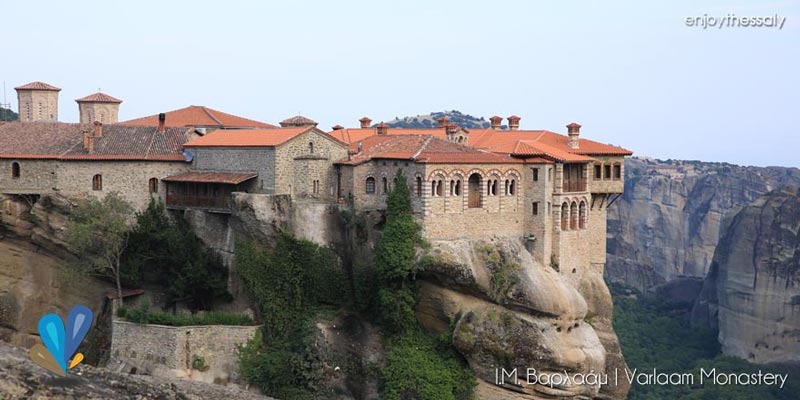 Hosios Antonios founded the monastery at the 15th century and it’s the most easily accessible of all the monasteries. In the monastery we see the holy skull of Saint Charalambos and various exhibits in the museum of the monastery with Byzantine icons, textiles and ecclesiastical silverworks.

The monastery celebrates the memory of Deacon and Martyr St. Stephen on Dec. 27 and the memory of Saint Charalambos on 10 February.

Founded around the mid-14th century due to the narrow shape of the rock so the monastery was built on many levels. The monastery had remained closed for several years but reopened in 1997. On frescoes distinguish excellence in the design of forms and excellent color performance with vivid and bright colors. 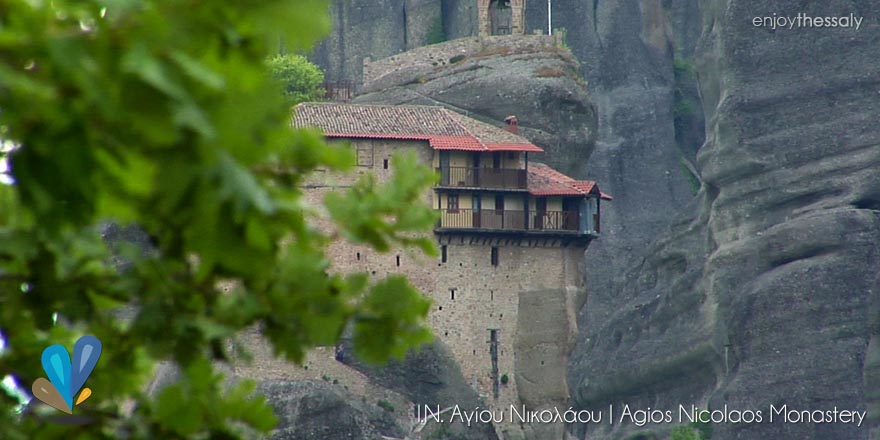 Cave of Lego in Desi Trikala