Larissa is the capital city of Thessaly and one of the largest cities in Greece after Athens, Thessaloniki, Herakleion and Patra. According to mythology it was built by Larissos, son of Pelasgos 4000 years ago. Archaeological excavations have given evidence that Larisa has been continuously inhabited from the early Bronze Age (from 2600 BC since 1100 BC). The word “Larissa” could mean a very well fortified city or citadel. The first houses were located around the hill ”Frourio” and gradually spread to the area that it can be now found the main town square. “Frourio” is a location which has been continuously inhabited since the Neolithic period. During the Classical period it constituted the citadel of Larissa. A fortress was also built here by the Byzantines during the early years of their empire. Today, only the 15th century Turkish market survives, constructed with the remains of older structures. On the southern slope of the hill we can visit the ruins of the ancient theatre. In close proximity to this theatre, was recently discovered a smaller one, which is also of great archaeological importance. On the top of this hill, amongst the old monuments, Larisians build their day-to-day life. This is the city’s most idyllic spot to take leisurely walks, and to enjoy the traditional delicious meat dishes such as souvlaki, wine and tsipouro that are served to you in tavernas that you will find in various places. Otherwise, you can enjoy your espresso or a cappuccino, or taste the various types of coffees offered at the modern cafes of the city at Frourio and at the city center.

If you decide to walk to Larissa’s commercial centre, you will find a well developed extensive network of pedestrianized streets with many stores to shop for you and your family. Also, Larissa is the “capital” of coffee, since is the city with the most cafes for its population. You will find many cafes at the city center and around Larissa.

Today Larissa offers to its residents and visitors all the amenities of a modern city. Larissa’s center  is full of shops and hot spots as cafes, restaurants and bars. There are many squares that make the tour around the city very easy, while there are many small fun areas especially during the summer months. The riversides of Peneus are ideal for walks and outdoor sports.

Combine your visit to Larissa with a visit to the Archaeological museum, the Historical & Folk Art museum, the A’ ancient theater (the only ancient theatre in Greece that is inside the city center) and the Municipal Library, or attend painting and sculpture exhibitions at the Katsigras’s Municipal Art Gallery. When night sets in, enjoy your drink at the bars of Larissa or theatrical plays staged by the famous Thessalian Theatre which is at the building of Pappa’s mill.

In Larissa you will find hotels of all categories that meet the needs of each visitor. Most hotels are located in the city center but you will also find some very close to the center. Check out the available hotels in Larissa and book the best rates!

Inside Larissa among the historical and archaeological sites that one can visit is the Ancient Theater, the Early Christian church of Aghios Achillios on the hill of Frourio, the Mill of Pappas a five-storey mistletoe building built in 1883 where the building is located performances by the Thessalian Theater as well as a part of the eastern fortification of the city during the Early Christian period, which is located in the People’s Square.

Other sights of the city are the Yeni Tzami opposite Plateia Laou (=People’s Square), Municipal Art Gallery Katsigra in the Neapolis neighborhood and the convent of Harokopou on the way to Giannouli that belonged to the landowner Panagi Harokopos. You will see it on your left hand a bit before arriving Giannouli. A remarkable museum is the Diachronous Museum located on the hill of Mezourlo (very close to AEL FC Arena Stadium) as well as the Folklore Museum which is very close to the OSE railway station (turn left after the underground bridge of Farsala Street). 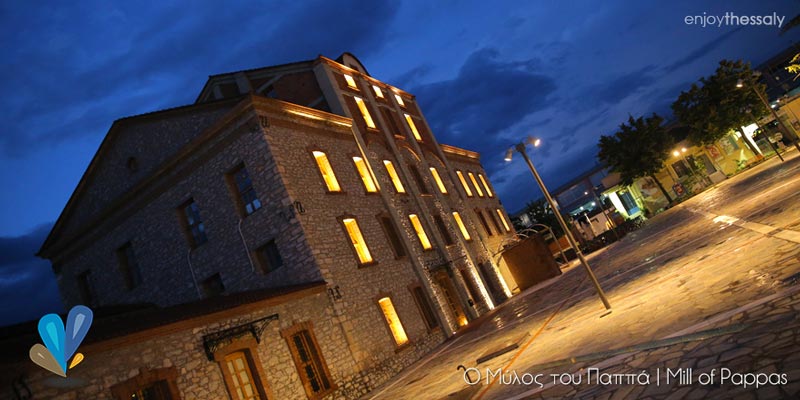 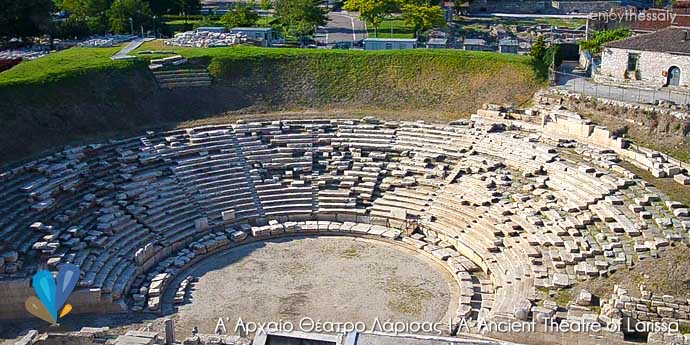 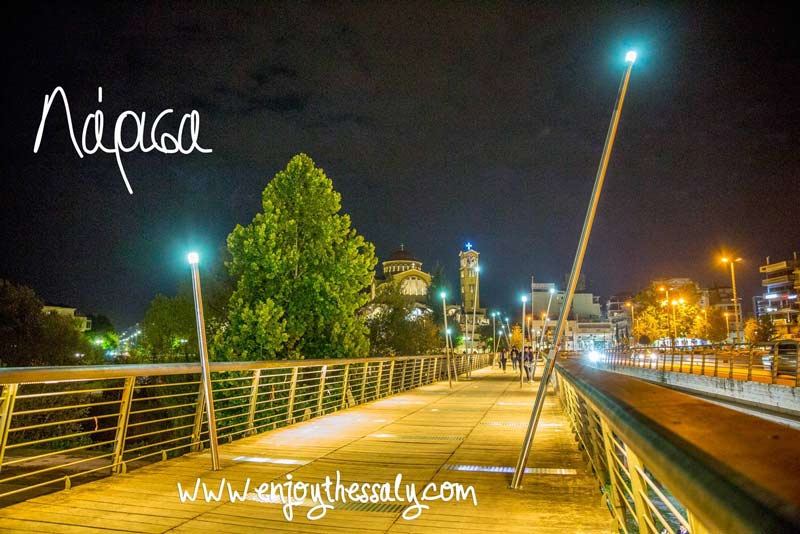 Larissa may not be known for its coast but its beaches do not have to envy any of many famous beaches in the country. Large coastlines with clear waters, the green of Kissavos that goes down to the coast and the many beach bars make the Larissa (and not only) fill the beaches especially on the weekends of the summer. The beaches of Agiokampos, Sotiritsa, Velika are only 45 to 50 minutes from Larissa. To reach the coast of Larissa, head towards Agia and a few kilometers later you will find Ayokampos where you will find most beach bars and taverns next to the sea. Read on here for all the beaches of the prefecture of Larissa. 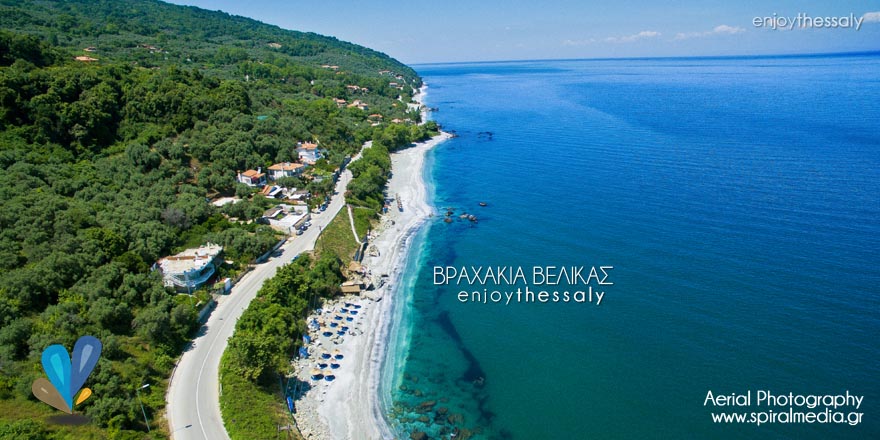 Olympus Mountain – Kissavos (Ossa) Mountain
The two known mountains in Greece and not only. Mt Olympus the mountain of Gods known all over the world since many choose to go up to Mytikas Peak. To climb on the Thessalian side of Olympus, just head towards Elassona and Kokkinopilos. In detail all the routes (from Thessaly and Pieria) and shelters are analyzed in our article about Mount Olympus. Kissavos is much more accessible because if you drive to Sykourio-Spilia shortly afterwards you will find yourself in the shelter of EOS Larissa. With a 1.5 hour climb you will find yourself at the peak of Prophet Elias of Kissavos. Also on the coast of eastern Kissavos are the beautiful beaches of the prefecture of Larissa. Read our article about villages-sights-beaches-activities in Kissavos.

Ambelakia village is located at the entrance of the Tempi valley, just 20 minutes away from Larissa. The historic village of Ampelakia is one of the most beautiful village sof valley of Tempi. Worth visiting the museums and the Swartz mansion.
Tyrnavos with the famous tsipouro and Bourani. Tirnavos is on the way to Elassona in about 20 minutes.
Spilia village iat Kissavos is also 20 minutes from Larissa. Spilia is usually the first village to ‘catch’ snow in the area near Larissa. Just a few kilometers from Spilia is the road with asphalt thats heads you to Kissavos shelter.
Trikala as well as Volos are about 60 kilometers from Larissa, the road to all the cities of Thessaly is comfortable and without a toll off the road to Volos.

The Basilica of St Achilles

Stand up comedy show with Maliatsis, Mathioudakis, Fountoulis and Theodoropoulos in Larissa and Volos

Olympus - The highest mountain in Greece