How to get to Thessaly

Hiking Megalovriso to Agia at Sunday 25th of October 2020 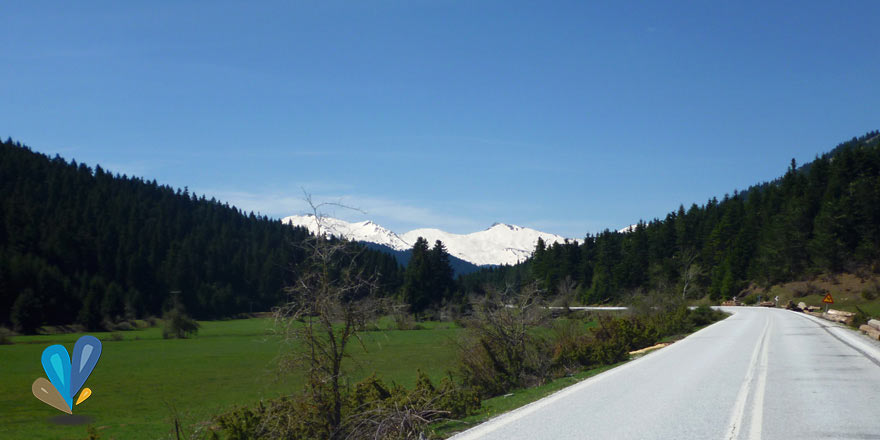 Thessalian plain is the largest of Greece. The region consists of 45% mountainous, 36% flat and 17% semi-mountainous. Thessaly is straightly connected to the plain, which affects it both morphological and economically.

Thessaly is crossed by river Pinios, the third largest of Greece, 205 km long, Its headwaters are found in Pindos mountains, while it flows through Kalampaka area, the valley of Tempi  and flows into Thermaikos Gulf  creating an estuary in the area of Stomio Villages. Pinios has five tributaries, Enippeas, Klinovitikos, Portaitikos, Pamisos and Karditsiotiko.

The highest mountain peak in Greece, Mytikas, can be found in Thessaly, known as the Throne of the Gods in greek mythology , with an altitude of 2,917 meters. Mytikas heights of Mount Olympus which is shared between the Pieria and Larissa perfectures. Well known thessalian mountais are : Kakarditsa (2.429m.) Voutsikaki (2.154m.) Ossa (1.978m.) Koziakas (1.901m.) and Pelio as well. See available hotels in Tsagarada at Mt Pelio.

An important part of the region wich attracts several local tourists as well as from abroad are Sporades islands, as part of Magnesia perfecture. The Northern Sporades islands are composed of several islands.  Skiathos, Skopelos and Alonissos are the largest and most important parts of it. Skopelos is the largest (95.5 sq. km) followed by Alonissos (64.5 sq. km) and Skiathos (45 sq. km).

The Steno gorge is located near the village of Athamania Trikala next to Gardiki in Aspropotamos. An area with many...

Plan your visit to the Mill of the Elves in Trikala