9 things to see and do in Trikala

Trikala is a city known for its natural beauty. The Elves’ Mill, the Fortress, the walk along the Lithios River and many other attractions are some of the reasons why you should visit Trikala.
So if you are wondering what to see, what to do, where to stay and what to eat in Trikala then here are 9 things that will help you with Trikala.

Trikala – hotels – accommodation – apartments
If you are thinking of staying in Trikala for more than one day then you need to know 2-3 things about your stay. You will find hotels mainly in the city center. If you do not find availability then do not hesitate to look for some hotels just outside the city or even apartments, the prices you will find in Trikala whether hotels or apartments are great. View available hotels in Trikala here. View available Trikala apartments here.

1. Trikala is especially popular at Christmas beacuse the Mill of Elves is one of the most popular destinations in winter in Greece. Thousands of visitors flock to Trikala every year to visit the Elves’ Mill organized at the Matsopoulos Mill, a multi-cultural building just outside the center of Trikala. Visitors from all over Greece visit the Elves’ Mill, Greece’s largest theme park and the city of Trikala to experience the Christmas mood. Inside the Mill of Elves, children can find free activities such as Santa Claus’s home, the Kingdom of Toys and more, as well as activities such as the ice rink and the elf’s pastry shop, candy express and more.
2. Varousi is the old town of Trikala and is under the fortress of the city. In Varoussi, which was the old town, you will stroll through its stone alleys admiring traditional mansions and old preserved buildings. In Varoussi you will also find many churches with the most important being the church of Agios Stefanos (1896) but also other churches such as: Agia Episkopi in 1543, Agios Dimitrios in 1580, Agia Marina in 1766 and Panagia Faneromeni in 1853. Varousi is the ideal place your afternoon stroll. If you would like to see more photos see our article about Varousi.
In the fortress it is worth getting in and taking a stroll and lifting the view to all Trikala from the 33 meter high clock. To see the view go up the wooden steps inside the clock while looking at the photos available and at the top of the clock you take your photo or mobile phone and take the necessary photos.
3. Manavika are an area with many taverns with dining options. Also on Asclepius Street, which is a meeting point for many locals in the city, you will find cafes where many locals enjoy their drinks and walk to the city market. In Asklipiou you will also find the Lithaios Bridge where you can descend the steps and walk by the river. The Lithaios river in Trikala crosses the city center and it is fully integrated with the city and the daily life of Trikala. 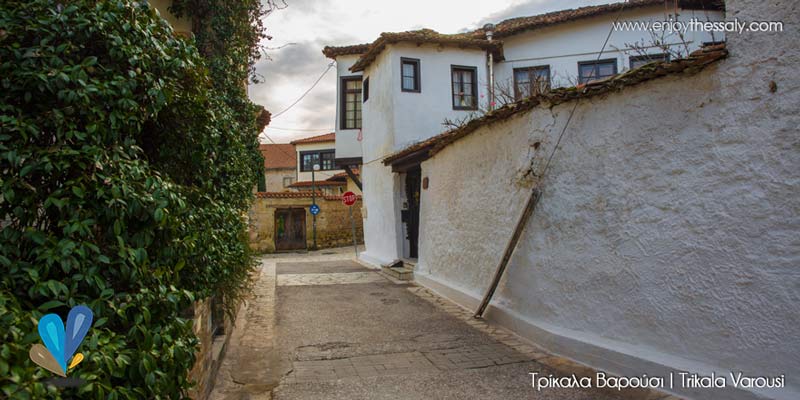 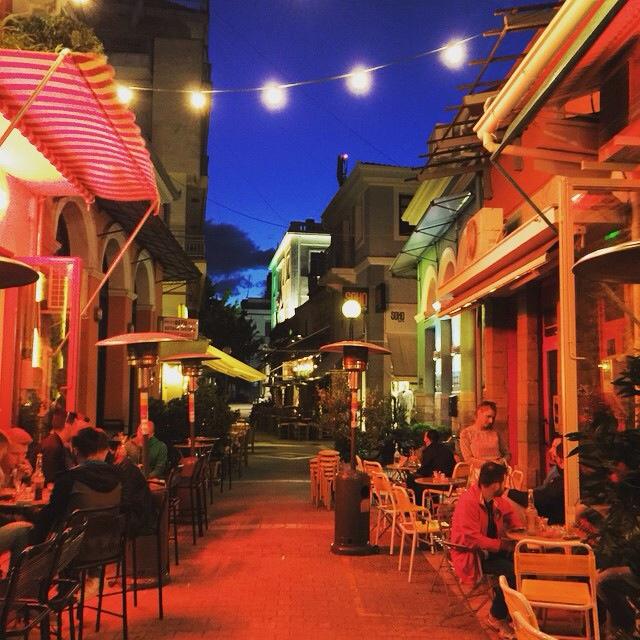 Trikala – Manavika
4. The rocks and the monasteries of Meteora are really close to Trikala. The road that connects Trikala with Meteora is a 21km straight line where the semi-marathon Trikala – Kalambaka is organized each year. In Meteora there are the monasteries of Meteora in this geological phenomenon that many visitors from all over the world choose to explore them. If you are in Trikala you should definitely visit the monasteries of Meteora and explore the surrounding area. Read also our article with 10 things to see and do in Meteora. Next to Meteora is Theopetra, a small village with the famous cave with the findings of thousands of years. Theopetra and Meteora are also the destination of many climbers from Greece and abroad.
5. Trikala has a zoo. It may not be well known but you will find it on the hill of Prophet Elias in a lush natural landscape. Park your vehicle outside and enter the zoo. A few years ago there was a tiger inside. A tour of the zoo will be a pleasant afternoon stroll for those who visit it.
6. Kursum Mosque – At the southern entrance of the city on Karditsa Street is the Kursum Mosque, a work of the Islamist Sinan-Pasha Architect. Reconstructed in 1996 by the European Union funded by the Municipality of Trikala, it is a UNESCO-protected project. The mosque in Trikala is the only surviving of the many Ottoman mosques that once existed in the city of Trikala and is one of the 79 mosques and the only one preserved in Greek territory built by the renowned 16th-century architect Sinan. 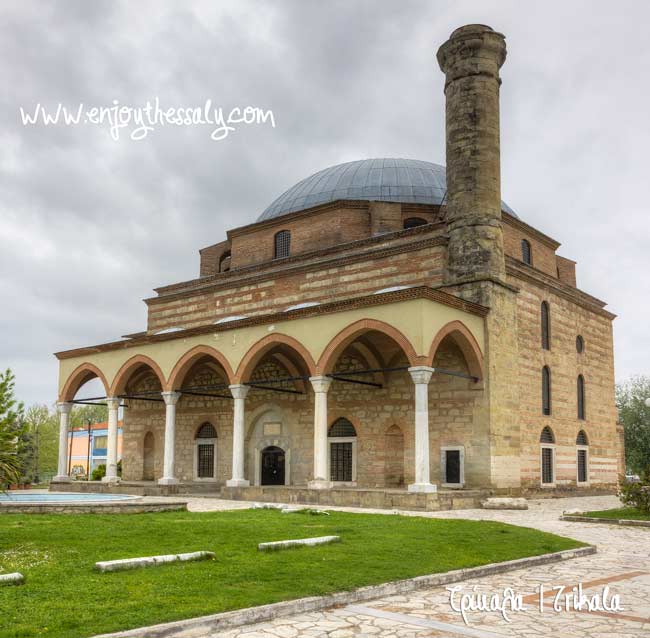 7. Another important museum in Trikala is the Tsitsani Museum housed in the old prison building that has been linked to the history of Trikala for many years. The prisons were closed in 2006 and since September 2016 there has been an area of ​​archaeological interest and organized architecture and a space for the musical creation of three composers. Inside, you will find plenty of photos, rare 78 and 45-speed discs, modern jukebox with free choice of the great Tricalian composer Vassilis Tsitsanis. The museum is open to all with free entrance from 0900 to 1500. A mosaic was recently built outside the building. Also at the intersection of Homirou and Themistokleous streets you can visit the Kliafa History and Culture Center with a large number of exhibits on the history of the city of Trikala, a room dedicated to the company Kliafa, a library, an amphitheater and more.
8. Trikala has taken the lead in initiatives such as the first city with a fast 4g internet network, one of the cities with bus with no driver, pedestrian stops with cool water for hot summer days and other activities that Trikala has done one of the most innovative cities.
9. Short trips if you are in Trikala you can make to Meteora, Kalambaka and Kastraki, but also to the beautiful villages of Koziakas, Elati, Pertouli, Neraidochori. For those who want to go even further, they can continue to the villages of Aspropotamos to Kastania, Krania, Doliana and the rest of the community but you can also take the road to Grevena. Whatever direction you take, the beauty of the scenery will reward you.

Trikala is 330 km from Athens and 214 km. from Thessaloniki 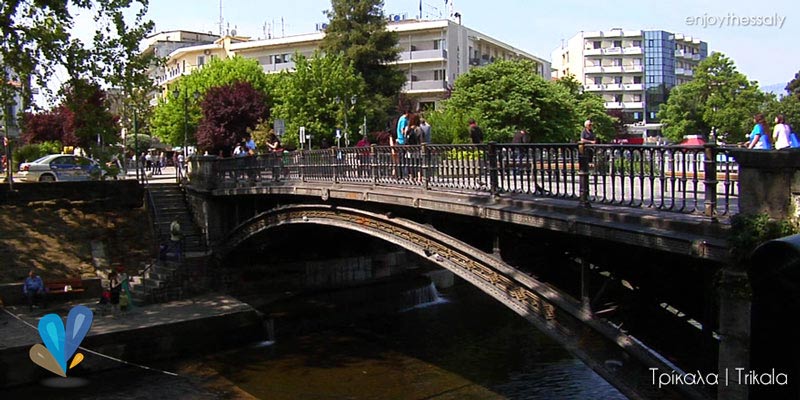 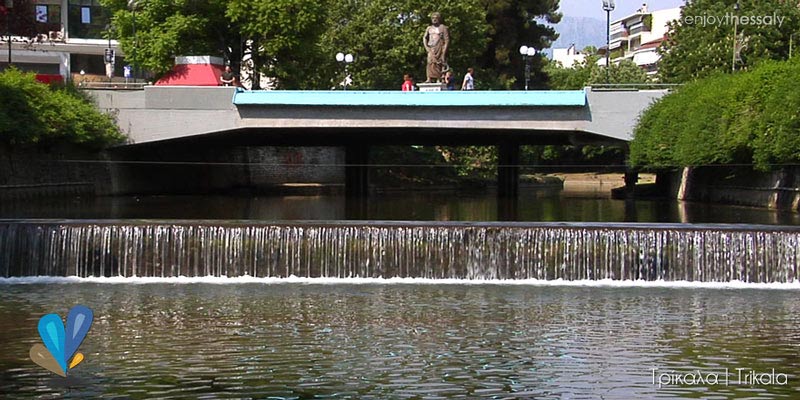 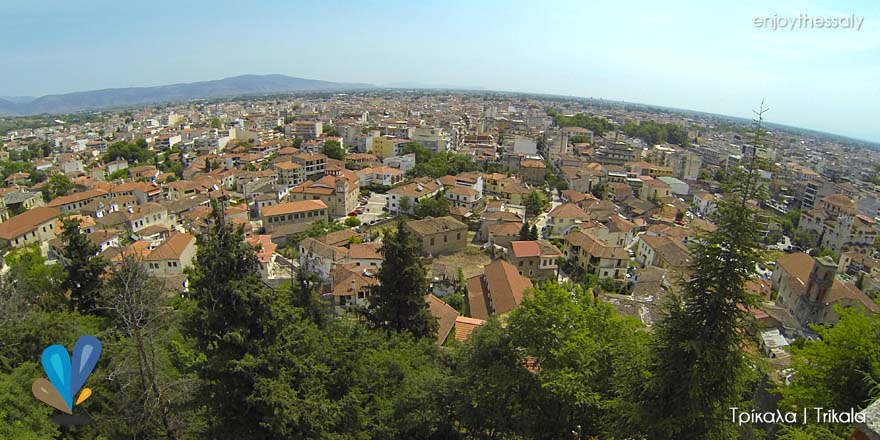 Pelinneus, the home of Hippocleus, who is Pindar's son in his tenth Pithonikos, was identified from the time of Leake...

Plan your visit to the Mill of the Elves in Trikala

Road trip: From Kastraki to Krania

Equipment for camping and accommodation tips in the countryside